This is why you should keep it simple 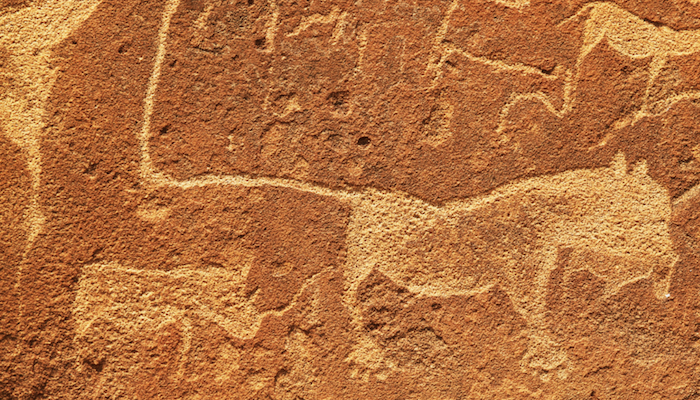 Have you experienced the mysterious mental blackout that plagues speakers in the first moments of giving a presentation?

Have you seen a sea of blank looks after you’ve just explained the most exciting subject in the universe?

Ever wondered why these things happen? Read on for part of the explanation.

You’ve heard you have to keep it simple, right?

Well, that’s a seriously good idea and here’s why.

In the very earliest stage of evolution we possessed a brain that could handle basic survival. Reptiles still have this, so we call it the reptilian brain.

One of the signs of danger is movement. If something moves in the bush you don’t stand around thinking. You don’t calculate distance, finish what you’re doing or stop to scratch your nose.

You get the hell out of there, tout suite.

This is what our first brain did for us. Super. We wouldn’t be here without it.

We didn’t know then we’d need to figure out where the number 5 bus goes from, pay with a smart phone and wing our way through the presentation we didn’t practice. So survival was just great thank you, and all that we needed. Later, during the age of the mammals, the limbic brain or mid brain developed. It’s the control centre for social behavior, memories of behavior, emotions and value judgments.

Even later came the neo-cortex, the brain structures involved in advanced thinking and calculating, planning, abstract modeling and analysis. The heavy stuff.

This is by the way, an oversimplification. But that’s the whole point of this article. The model is so useful in helping us understand how to get our message across that I’ll use it unreservedly here.

Our reptilian brain is still with us and it’s the first port of call for all incoming information.

It’s the gatekeeper that scans for impending threats. We’re still extremely good at noticing movement or things that stick out.

If we’ve seen it before and it doesn’t move or change then it becomes background and, to all intents and purposes, invisible.

We’d go nuts if we had to pay attention to everything.

The reptilian brain has no capacity for reasoning; thinking takes enormous energy and leaves us vulnerable. So incoming complex information is a threat to the reptilian brain. Its response is to just not bother.

It’s like the secret service agents that go into a room before the president. Reliable, but rigid and compulsive. You wouldn’t try to discuss the origins of the universe with them when they’re doing their job. It could end badly.

It takes a jolt to the system that says, “this is new and valuable stuff” before the reptilian brain allows it to pass. Then the mid-brain has to get a look in to check whether we fit in – social rank and the like.

When all seems to be quiet on the western front, the neo-cortex kicks in to analyze and focus on the details.

And help you reach for your credit card.

We continuously filter the world through our primitive brains

It’s like there’s a big, slow caveman guarding the entrance to our brains. He’s fascinated by anything that moves, throws out complicated stuff that needs processing and is a bit obsessed with who’s a friend and who should be possibly clubbed to death. Well, you get my drift…

If you’re going to get someone to take in what you want to say, you first have to get past the caveman and give him some simple, new and exciting stuff to get him going.

But here’s the thing.

When you prepare a presentation you use your neo-cortex. It’s all so familiar you don’t think about it any more and it’s thoroughly un-dangerous. You march into a room and go straight into the nitty-gritty. But you’re talking to a room full of cavemen!

No offense, but they’re still checking you out and there’s no room in their brains for any kind of data or facts.

So, how exactly do you handle this?

NEW gets our attention. If nothing says DANGER (like having to think hard) then it becomes EXCITING. We can learn something valuable and we’re fully on board and receptive.

But it has to always be ridiculously SIMPLE.

There’s nothing quite as irresistible as hearing about something simple, new and clever that everyone is trying out.

For more details on what this means for starting your presentation the right way, see my article on great ways to start a presentation.

This is also a simple explanation for the blackout that many speakers feel in the first moments of presenting. Their brain has put a veto on thinking until it’s finished assessing the situation. I advise all speakers to stand a while at the front of the room earlier on, so the situation can become familiar and their neo-cortex can get a look in and stop them making total fools of themselves.

A lot of things become clear when you think this way about communication. It’s a simple model but I’m hoping it will revolutionize your presentations. Also the stories you try to tell me when I’m late sending off a critical e-mail.

KISS, as they say.

PS. Ever wondered why Maslow’s hierarchy of needs looks the way it does?