What is the best way to start a presentation? 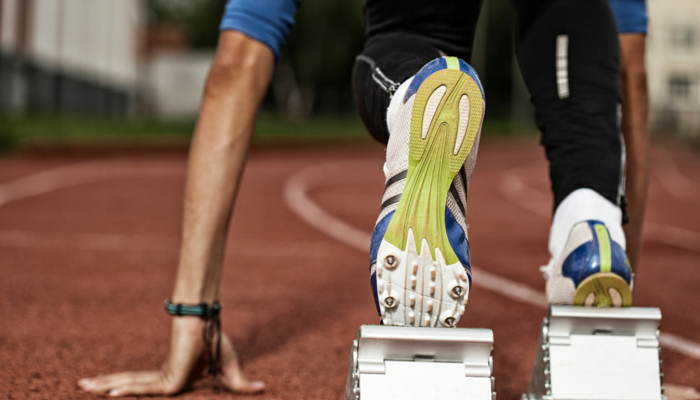 Here are 8 things to think about:

But the very most important thing is – don’t start the way everyone else does!

“Hello everybody, it’s really great to be here. Thank you to the organizers for inviting me, my name is (followed by your CV). Can you hear me? Can you see the slide Ok? Soooo, I’m going to talk to about…”

If we hear, yet again, the standard procedure for starting a presentation, many people will be thinking to themselves “OK, here we go, another ordinary, boring presentation.”

Pull out some of your presentation files. What do the first slides look like? Can you change the start of some of these right now so they work better? Keep reading for lots of ideas.

So what can you do?

There are two times in a presentation when you are absolutely guaranteed the attention of the audience; the beginning and the end. At the beginning people are looking at you with curiosity. They’re sizing you up and making judgments. So you have their attention but they’re not necessarily listening to a word you say.

One of the things you need to get across in some form at the start and finish of your talk is your so-called main message or key message. It’s the most important take-away of your talk that you want people to remember even if they forget everything else. You need to plan carefully how you will start so you can be sure the audience doesn’t miss anything.

The main message is a short sentence summarizing the point you are making. Like

“Recycling is a good thing and easy to do if you do A, B and then C”

“You can always make great slides if you just follow five simple rules.”

The way in which you say this, however, can vary greatly, specially if you’re planning on starting with a mystery! (see below)

So start calmly and deliberately. Walk slowly to the front of the room and don’t speak at the same time. Give people time to see you properly and get used to your voice. A person who is in control and command does not rush. Speak particularly slowly for the first few sentences.

The key principles of a good start

As you read through the rest of this article have a pen and paper in front of you and jot down spontaneous ideas on how you can use each approach in your own material. Now’s the best time to capture some useful new content!

What exactly will you be talking about? If you are one of many presenters you need very quickly to let people know, metaphorically speaking, what planet you’re on, followed quickly by the country, city right down to the very spot where you are standing (the scope of your presentation), if you see what I mean.

Start by answering the following: Why should people listen to you? Why is the subject interesting? What are you going to deliver? The mantra I use all the time on courses and in coaching is “Make me care!”

In other words, tell them what they’ll get out of it all. Tell them the end so they understand why they should listen.

You could say for instance,

“Every day X million people die from Y. I’m going to tell you what we could all do to make this number zero by 2020.”

Be as specific and clear as possible when telling people why they should listen to you. 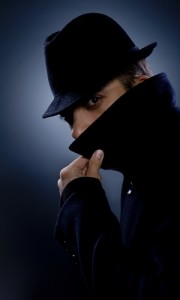 A powerful way to start is by setting up a mystery.  Promise the answer to a specific question:

“Have you ever wondered why the sky is blue? By the end of this talk you will understand exactly why and be able to explain it to your 5-year-old.”

Start with a rhetorical question such as:

“Have you ever wondered why we drive on the left in Britain?”

“Do you remember being stressed out over doing exams in school and wondered why it was so painful?”

“Now I’d like to tell you something about pension plans.”

You could create more interest by saying,

“I’m going to tell you a generally little-known secret about pension plans,”

“Last year, I learned something fascinating about pension plans,”

“Here’s something you may not know, but you should, about pension plans.”

Even better: phrase a problem that the audience faces in the form of  a question.

“Have you ever wondered why you get so nervous at the start of giving a presentation? Well let’s look at what happens in the first one minute…”

Add in a fact that shocks or surprises and then say you’re going to explain it.

Combine a mystery with storytelling and you’re really onto a winner. I’ve just finished re-reading Outliers by Malcolm Gladwell. He is an absolute master of this. He starts each chapter by launching directly into the story of one individual. He makes it captivating with details like “one summer the family lived on an Indian reservation in a tepee, subsisting on government surplus peanut butter and cornmeal.” (They were so poor). He adds quotes from the people concerned and then quotes from others also involved in their situation to build substance. And then he creates a wonderfully tantalizing mystery and has you wondering where it will all end and why things are the way they are.

Once upon a time

One of the very best ways to start is in the same way we start telling a story to a child, with the adult equivalent of “once upon a time.” Think the phrase “once upon a time” to yourself and try to find alternative words that give the same feeling. In other words, give a clear signal that a story is coming and you’ll have everyone’s attention.

But the story and the mystery are not enough; in fact it could be a dangerous technique. Because, without relevance and a very strong link to the point that you are making, people may remember the story but have no idea what the point was. I can, for example, remember many great advertisement jingles and concepts but quite often I can’t remember the product they were advertising.

Malcolm Gladwell also copes with this with finesse by quickly expanding the relevance of the story from one individual up into a whole population and making the general principle very clear. He then anchors that general principle firmly in our minds with a lot more examples and statistics. You would do well to read through Outliers and try to capture his method and rhythm for setting the scene.

Start right in the middle of the action

Most people tell a story, for example about something that happened to them, by starting at the beginning with background information. So, like a friend of mine that found herself in the middle of a London bomb scare, they might say:

“You know, this crazy thing happened. Last summer we went on holiday to London. We were there a whole week and had been looking forward to it. …lots of details… We were walking around a very nice area, not far from Harrods, just looking at the buildings. …more details… then we got hungry and decided to go into a café. We’d been sitting there just five minutes when I turn around to look straight at an armed policeman holding a machine gun inches from my face.”

Don’t do this! If you start writing in the action then people understand why they need to listen to the background and they want to hear it. So start instead with something like “I was sitting in this posh café in a nice part of London when I turned and saw a machine gun right next to my face.”

When should you introduce yourself?

After you’ve set the scene! It need only take less than a minute to start up and tell the audience why they should listen to you. Then you can stop and say something like

In other words, no CV. Super short. Just one thing that captures your credentials. Choose something that tells them that, if he/she has done that, then they must be good at all the rest.

Some things you should NOT do

Did you write down some ideas while you were reading? Maybe you have a few now, so grab some paper or open an ideas file! Note down how you could start your next presentation – quick before you forget and start something else.